Anastasia Natsina is Assistant Professor of Modern Greek Literature and Director of the Research Lab for Literary Genres and the History of Literature at the University of Crete. Her research interests and publications center mainly on Modern Greek fiction from the end of 19th century up to the present day. More recently, she is interested in the use of digital methods for the study of the history of literature as well as Ecocriticism.

In this overview I will briefly present a scheme that I have come up with through my broader research on the role of the young generation of Greek filmmakers during the 1967-1974 dictatorship. I will follow them in two cities, Athens and Paris. I will refer to artists, films and ways of resistance; to the climate that had been formed before the dictatorship, and that encouraged new voices to enter the scene; to the changes imposed after the 21st of April, the severe censorship, and the physical hardships of these filmmakers, just to mention two examples, by arrests, imprisonments, exiles, trials and torture. Some of them escaped abroad, namely in Paris, and participated in the resistance, which aimed to encourage the democrats in Greece, to raise the awareness of the Europeans, to unveil the real image instead of the idyllic one that the regime intended to create for itself. 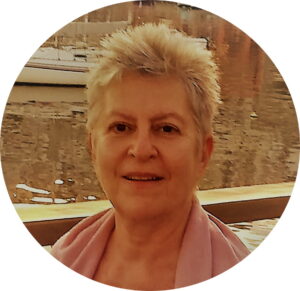 Professor Eliza-Anna Delveroudi is a Greek Cinema and Theatre historian. She has published widely on film and theatre history, early and silent cinema, film press and criticism, politics in Greek theatre and film comedy, young people in Greek film comedy, antiquity on film, stardom in Greek theatre and cinema, school on screen, Greek women filmmakers. She has been teaching at the University of Crete, the Athens School of Fine Arts, and has worked as an appointed researcher at the National Foundation of Research.

From 14 to 17 November 1973, Albert Coerant – the Belgian and Dutch TV correspondent in Athens at the time –and his crew clandestinely filmed the students’ uprising (the Athens Polytechnic Uprising) against the junta; the documentary that Coerant made out of this material constitutes one of the rare visual evidence of the November 1973 events. Soon after Coerant’s work, Dimitris Makris, a young Greek filmmaker then studying in Italy, reenacted the Polytechnic events in his docudrama Edo Polytechneio (Here is the Polytechnic). Italian students and artists contributed to the making of Makris’s film, the Italian anti-fascist politician Umberto Terracini was the narrator in the Italian version of it, and Alekos Panagoulis—a symbolic figure of the fight against the Greek junta—was the narrator in the Greek version. This presentation will examine these two significant films about the Polytechnic Uprising, paying attention to their contribution to documenting and interpreting the 1973 students’revolt. 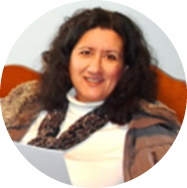 Panayiota Mini holds two MAs in film studies (University of Crete; University of Wisconsin-Madison), and a Ph.D. from the University of Wisconsin-Madison (Ph.D. thesis: “Pudovkin’s Cinema of the 1920s”). Her research interests and publications concern Greek cinema, Soviet and East European cinema, Nikos Kazantzakis’s screenplays, film and ideology, film adaptation and film style and narration. Her monograph on the Greek filmmaker Takis Kanellopoulos has been published by the National Bank Cultural Foundation (MIET), and she has co-edited two collective volumes.

Nadia Fragkouli, “Literature, cinema and youth culture during the 1960s and 1970s in Greece: an approach of cinematic references in Greek prose texts as a form of literary resistance”

Modern Greek prose texts published during the 1960s and 1970s often criticize the oppression of the state, or that of family, especially in the lives of young individuals. They bring forth demands that seem to draw from the rise of youth movements worldwide. In my presentation I will discuss the interplay of Greek prose texts with cinema, and the paradigm of the New Waves (in France, Great Britain, USSR, etc). The intermedial discussion of literary excerpts will show that cinematic references are employed in these texts as a way to build effective implications, that evaded the various forms of censorship. Finally, my presentation will pose the question of the interrelation between literature, cinema, youth culture and youth activism during this period. 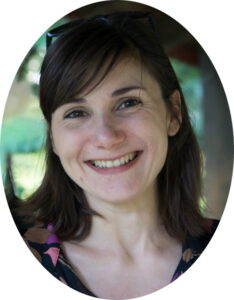