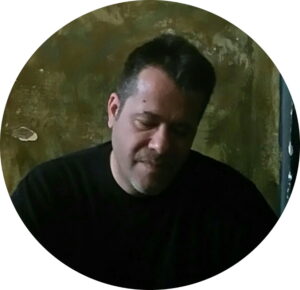 Professor and Director of the Centre for Political Research and Documentation (KEPET) at the Department of Political Science of the University of Crete. He is a Distinguished Visiting Professor at the Academy of Globalization and Education Policy (AGEP) of the Zhengzhou University (ZZU), China. Further, he is the Deputy Director of the UCRC, namely the University of Crete Research Center for the Humanities, the Social and Education Sciences, while he is a Member of the Scientific Board of the National Centre of Public Administration and Local Government (EKDDA) of Greece. He has 170 publications, in Greek, English, French and Chinese. He is the author of 11 books- monographs, in Greek and English, while he has edited 10 books.

Anastasia Natsina, "The pent-up spirit of anti-junta resistance in the first years of the Metapolitefsi: Recent research in the fields of literature and cultural history"

This paper presents recent research on the literature and cultural history of the first years of the Metapolitefsi (1974- 1981). The pent-up spirit of anti-junta resistance found cultural expression in the literary works of the younger generation, children’s literature and the cinema, releasing a repressed energy and the liberal spirit that had been put on hold during the dictatorship. Drawing from the recent publication in Greek of the work of I. Dimitrkakis and A. Natsina (eds), Metapolitefsi 1974-1981: Literature and Cultural History (2021), this paper summarizes the major research findings that are of interest to the conference, for the benefit of the English-speaking audience.

Anastasia Natsina is Assistant Professor of Modern Greek Literature and Director of the Research Lab for Literary Genres and the History of Literature at the University of Cree. Her research interests and publications center mainly on Modern Greek fiction from the end of 19th century up to the present day. More recently, she is interested in the use of digital methods for the study of the history of literature as well as Ecocriticism.

Alexandra Zervou & Vassiliki Vassiloudi, "The Greek Junta and historical fiction for children at the crossroads of political education and historical memory"

Historical culture is the product of complex interaction between historiography, school history and popular history (Carretero, 2017). Historical fiction for young readers constitutes part of this culture; such fiction explores sensitive issues which in the past were considered taboo in history (Le Goff 1990). Based on a corpus of books for children and the young, published in the aftermath of the restoration of democracy till to date, we look into the narrative devices employed for the literary representation of the seven-year dictatorship in Greece (e.g., allegory, humour, remembrance writing). This kind of fiction raises complex questions: to what extent does pedagogical censorship intervene in the presentation of contemporary history? And, as a consequence, what is the political attitude dictated as part of the wider politicization implicitly targeted at young readers? 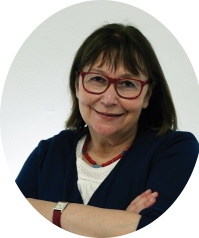 Alexandra Zervou, Professor of Classical Philology and Children’s Literature, Department of Primary Education, University of Crete. She worked for the establishment of the first interdepartmental Master’s in Children’s Books at the University of the Aegean, Greece and served as its coordinator for a decade. She also collaborated with Professor J. Perrot as a co-founder of the International Research Centre Charles Perrault. She published numerous studies in French, English, German and Greek journals as well as in edited volumes. Her academic interests include the perception of the historical past and classical literature in children’s and young adult books, and the pedagogical and literary treatment of contemporary controversial issues. 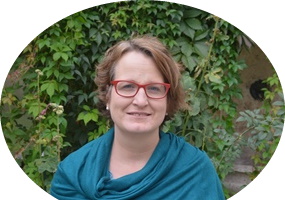 Vassiliki Vassiloudi is assistant professor at the Department of Primary Education, University of Crete. She holds an MA (University of Reading, UK) and a PhD in children’s literature (University of Thrace). She has been a fellow of the Onassis Foundation, the State Scholarship Foundation, the International Youth Library (Munich), and the Tsakopoulos Foundation (Sacramento). Her research interests include literature for children and youth, and history of childhood and children. She published the monograph The Child’s Paper (1868-1893). Protestant Idea(l)s for Childhood. Athens: National Hellenic Research Foundation, 2013 and various articles in Greek and international journals.

The formation of the social and national consciousness of Greek citizens, according to the “ideals” of the Greek junta, was the main concern of the educational policy of the dictatorship of the colonels. Thus, the 1964 education reform (to the extent that it had been institutionalized) was immediately abolished (Emergency Act 129/1967) with the coup d’état, and education was rapidly organized on new ideological axes and pre-1964 structural and administrative schemes: Govern- ment Gazette 163/1967; 239/1968; 218/1969; 225/1969. The above-mentioned concern is enshrined in the aims of education, as formulated in the respective educational legislation and in the contents of the curricula and timetables, and is highlighted by the density of circulars and “teaching instructions”, which ensure the “faithful” implementation of educational policy and the control of educational/teaching practice. A characteristic feature of the contents of the 1969 explicit curriculum, which eventually was implemented throughout the dictatorship (as the 1973 curriculum was neither ratified nor implemented), is the emphasis placed on the teaching of “social subjects” (History, Geography, Religion, Philosophy); greater than the emphasis on the antiquarian subjects – common to all history curricula up to this period. These subjects take up 20% of the weekly teaching hours in the timetable (antiquarian 15%). In this context, the history subject- perhaps more so than other “social subjects” - becomes of major importance for the regime and its educational (and wider) objectives. This paper will therefore focus on the purposes of the history education during this period, on the selection and extent of the subject’s contents that seem to be of “special interest” to the regime, linking this analysis to the legitimation of the regime in the consciousness of the students and the guidance / control of their social / political collective actions. 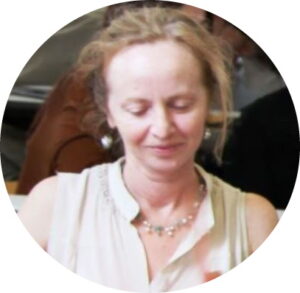 Katerina Dalakoura is Associate Professor at the Department of Philosophy and Social Sciences, University of Crete, and Adjunct Academic Staff at the School of Humanities/Postgraduate Course “Public History”, Hellenic Open University (HOU). Her research and teaching relates to Women’s and Gender History (19th and mid-20th centuries), and her specialisms are education, women’s education, women’s print cultures, and feminisms-politics in Ottoman Empire, Balkans and Greece. She has published five books (two co-edited), translated other two (from English into Greek) and published articles in scientific journals and conference proceedings on the topics if her specialisms.