Hara Kouki is an elected assistant professor at the Sociology Dept. of the University of Crete and also lectures at the MA Social Solidarity Economy of the Hellenic Open University. Trained as a historian at the University of Athens, Hara completed her PhD at Birkbeck College (University of London) and has worked as a research fellow at the European University Institute (Florence), at Durham University and at Newcastle University.

Most of the research on anti-junta collective action in Greece usually focuses on the major events of protest against the dictatorship and in particular on the anti-dictatorial student movement of the period 1972-1973. Less attention has been given to resistance actions under- taken immediately after the imposition of the military regime. Young activists, radicalized during the contentious events of 1965, immediately after the first wave of arrests and repression, will form organizations, promoting symbolic violence as a means of active resistance to the dictatorship. Initially, I will present data regarding the actions undertaken by the dynamic resistance organizations, throughout 1967-1974. Subsequently, two published autobiographical texts of dynamic resistance activists will be analyzed. The analysis of these autobiographical narratives can help us to shed light on the reasons that led young activists to engage in high risk collective action. 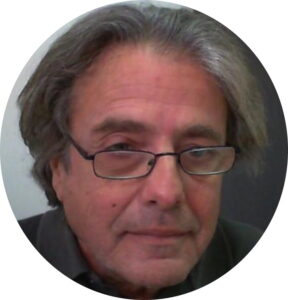 Nikos Serdedakis is an Assistant Professor in the Department of Sociology at the University of Crete, Rethymno, Greece. His academic interests and research focus on new social movements, protest events and collective action. The research on the protest events in Greece during the period 2009-2014, which took place under his supervision in the Department of Sociology led to the publication of the collective volume Aspects of the Greek crisis. Contentious cycle of protest and institutional outcomes. Athens: Gutenberg. 2018.

Yiannis Karayiannis, "Politics as resistance, the resistance as politics: (re)constructions of the collective past through individual narratives"

The presentation examines testimonies of individuals who participated in the uprising of the Polytechnic University in November 1973. It analyses the narrative and rhetorical strategies by which these events are (re)constructed and their specific meanings are formed. The study focuses on various meanings of the resistance, as well as on representations of the historical experience that renders the “Polytechnic” a decisive milestone: both individually (formative socialization event) and collectively (a top event of mass political mobilization). Emphasis is placed on storytelling that forms the uniqueness of the  Polytechnic” and seeks to protect it from (later) political exploitations (the political situation and developments after the collapse of dictatorship; the armed struggle on behalf of the “Polytechnic”; the political violence; the specific interpretations of the historical events in the uprising of the Polytechnic University, etc). 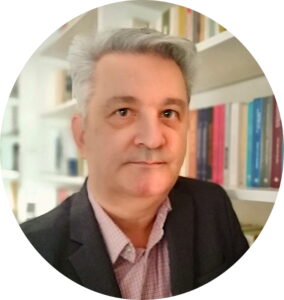 Yiannis Karayiannis is a Political Scientist and teaches at the Department of Political Science of the University of Crete. His research interests concern the basic fields of contemporary political analysis and include practices of government and power, political discourse analysis, Greek politics, political and party competition in a comparative perspective, the political communication, as well as issues related to political methodology and concepts analysis. He has served as General Secretary in the Hellenic Political Science Association (HPSA), was a member of the Editorial Team of the Greek Political Science Review and has participated in the establishment of the Thematic Network “Political Discourse Analysis”. He recently supervised a research program on the political discourse of the Church of Greece whilst his latest work is a book under publication on populism in Greece.