Manolis Seiragakis is Theatre Studies Professor Assistant at the University of Crete. He taught at the Universities of Patras, Peloponnese, Aegean and Crete. He is contributor to The New Grove Dictionary of Music and Musicians (Grove Music Online), and the Oxford History of Jazz in Europe (OHJE) as his main research interests focus on issues related to the connection between theatre and music. He has coordinated three conferences: on the Greek Operetta (Thessaloniki, 2011), on incidental music composed for the contemporary staging of ancient drama in Greece (Rethymno, 2012), and on Greek Theatre Revue (Rethymno, 2015). During 2009 his revised thesis was published in a two volume book: Light musical theatre in the Interwar Athens (1922-1940). He is contributor of the edited volume Naomi Matsumoto (ed.), Staging Verdi and Wagner Operas, Brepols (Turnhout, Belgium), 2015 which includes his chapter «Mediterranising the Composer of the North: Richard Wagner, Constantinos Christomanos and the Early Modern Greek Theatre». At the University of Crete he supervises theses on the librettos of Greek and French Operetta during the Interwar period, on Stand-up comedy in Greece, on 20th century theater in Crete, on vanguard Shakespeare staging in Greece, on the theatre in the countries aroused from the former Yugoslavia, on Light Musical theatre during ’40s and on Operetta in Greece 1999-2020. Forthcoming are the Conference Proceedings on theatre Review, an adaptation of Aristophanes’ Frogs, and an essay on Constantinos Christomanos as director of ancient drama. Since 2013 he is co-founder of the Theatre group and the Festival named Antivaro which is been held every Lent in Rethymnon, Crete.

Anna Papaeti, "Sonic Violence and Acoustic Witnessing in the Detention Centres of the Dictator- ship in Greece (1967–1974)"

Carceral sites are forms of institutional of power; they are also sites of struggle(s). In such settings music, sound and silence can transform space and time for detainees either negatively or positively, or both. Tuning into the soundscapes of detention, turning ourselves into ear-witnesses to the extent that we can, allows us to see the workings of carceral power but also the dynamic of the sonic experience. Focusing on the experiences of young political prisoners, this paper investigates the soundscapes of Athens-based detention sites during the military dictatorship in Greece. It explores new, coercive interrogation techniques practiced by the regime, to which sound is integral. At the same time, it discusses the ways in which music and sound be- come the means of acoustic witnessing for political prisoners, reclaiming agency and (political) subjectivity.

Anna Papaeti is Principal Investigator of the ERC Consolidator Grant "Soundscapes of Trauma: Music, Sound, and the Ethics of Witnessing" (MUTE) at the University of Cyprus. She held two Marie Skłodowska Curie Fellowships at the University of Goettingen (FP7, 2011–2014) and at Panteion University, Athens (2017–2019, H2020) respectively. Her research was also supported by DAAD, Onassis Foundation, and the Centre for Research for the Humanities, Athens. She has published widely in collected volumes and journals, and co-edited two special issues on music in detention. She is also a research-based-art practitioner, working in sound and textual forms.

Penelope Petsini, "Censorship mechanism in the dictatorship of the Colonels: Continuities and discontinuities in practices of social surveillance and discipline"

This paper provides a historical overview of censorship based on archival research in the General State Archives of Greece which host the archive of the General Secretariat of Press and Information, a state institution that, up to the Restoration of Democracy, exercised preventive censorship in film, music and theatre. The right of the state to define and control the content of cultural production has been taken for granted since the first half of the 20th century, yet the dictatorship attempted to bring this production under its absolute control, systematizing regulatory censorship and extending the informal one. The Colonels regime thus left an impressive legacy of archival material related to censorship as well as documents of surveillance practices that were occasionally used. The paper documents acts and forms of censorship  reconstructing state discourse in arts and contextualizing the state censorship apparatus. 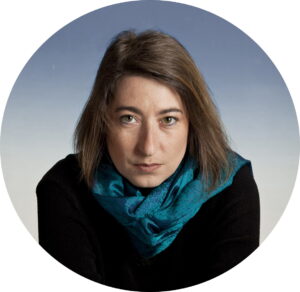 Penelope Petsini is a Doctor of Arts and Humanities. Recent publications include the collective readers Censorship in Greece (2016) and Companion of Censorship in Greece: Weak Democracy, Dictatorship, Metapolitefsi (2018) both co-edited with Dimitris Christopoulos. She is Principal Researcher in the post-doctoral programme «Censorship in Visual Arts and Film» (CIVIL) in the Department of Political Science and History, Panteion University in which she is a lecturer in the MA course “Censorship: Interdisciplinary approaches”.